Desiree Akhavan’s Appropriate Behavior, the break-out film for the New York-based director/writer/actress, is a delightful and honest depiction of what it means to be young, Iranian-American and bisexual. The protagonist Shirin, played by the director and loosely based on her personal experiences, attempts to navigate the dating world following a break-up with her live-in partner Maxine (Rebecca Henderson). Shirin is forced to downgrade her life, move into another career field, and also find the courage to come out to her parents. We talked to Akhavan about her influences, the liminality of bisexuality, and 1970s Persian music. 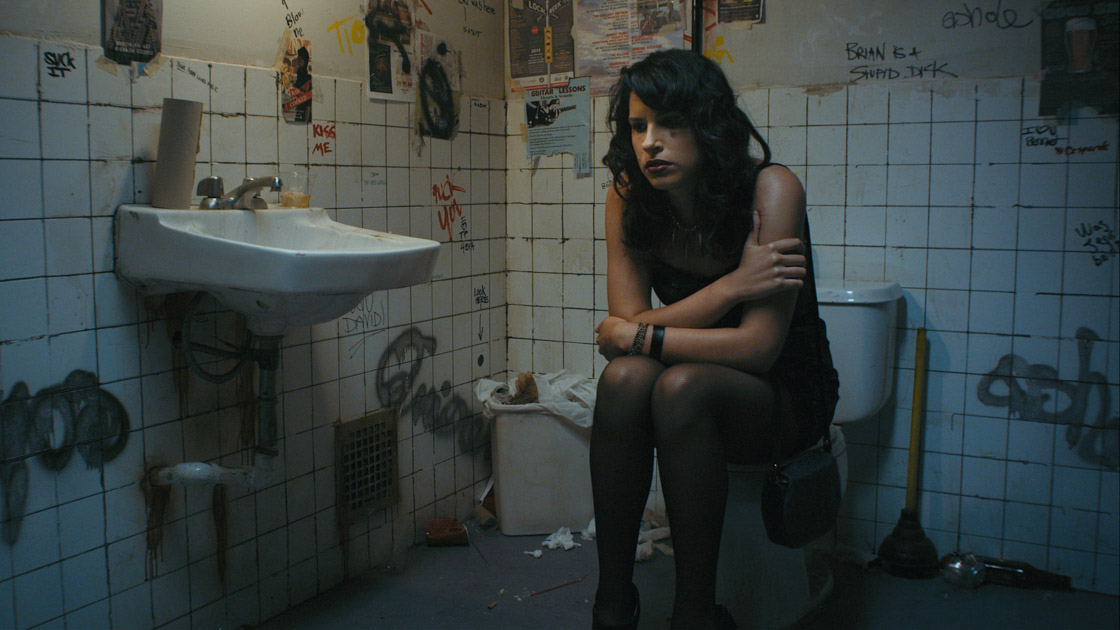 Movie Mezzanine: Let’s start with the film’s title, Appropriate Behavior. To me, it references the expectations on Shirin to have “appropriate behavior” around not only her Iranian parents, but in every social stratosphere, including fitting into queer culture as a bisexual. Am I reading that correctly?

Desiree Akhavan: That’s exactly it. We had a million different titles throughout the process of writing and pre-production. Nothing quite worked. I had another script called Inappropriate Behavior about a relationship/friendship between a teacher and student that became out of hand. It was like a female Rushmore. Finally, my producer looked at me and said, “We’re going to have to sacrifice that title, because it really suits our film.” And so we did, and now that other script has no title! But at the end of the day, it made sense. Because this is a film about a woman who was incapable of being appropriate, and belonging to many subsets that required a certain way of being. There’s a very specific way to be Iranian, there’s a very specific way to be queer, and that also implies there’s a cliqueness. No matter where you are, whether you’re in the mainstream culture or a marginalized community, you still have a set of rules.

MM: This also applies with her sexual orientation, given that bisexuals have this very awkward liminal status in the queer community.

MM: There is a sense that they don’t belong. You explore that alienation in the film. I love the flashback scene of the Pride party, where she finds her girlfriend Maxine (who is lesbian, not bisexual) making out with a guy. And though she’s sorry, Maxine tries to explain how it meant nothing because he’s a guy; she compares it to “kissing a baby.” But of course, to Shirin that doesn’t make a difference. I mean, how can she underplay the seriousness of that kiss?

DS: I agree. It’s a very strange thing to be bisexual in the world. You’re neither fish nor fowl. It’s funny, one article I read about me referred to me as a bisexual in quotes…

DS: ”Akhavan identifies as a quote-unquote bisexual.” Bisexuality is like the Diet Coke of gay. You don’t fit in. You’re weird to people. I feel like the mainstream tries to wrap their brains around what it means to be gay. There’s a very clear straightforward idea with Ellen and Portia, or Mitch and Cam from Modern Family. They’re so adorable and desexualized, but really cute because they’re gay and in love with each other and we can make sense of that. But if I feel that way about potentially any person I meet, it just depends if they have these qualities I find attractive…Automatically [if you feel that way,] it means you’re a slut and also that you’re disingenuous, that you must be lying.

MM: Or that you’re confused. Who are your influences? I definitely noticed the structural similarities to Annie Hall and I got a bit of a Woody Allen feel in the film. I know this is such a banal question, but it seems like no one has asked you about it yet. Instead, people keep comparing the movie to Girls and Lena Dunham.

DS: Annie Hall was definitely an influence. There’s a direct reference in the film. There’s a scene where Alvy Singer gives Annie all these books about death. That was the scene in the bookstore where Maxine gives Shirin these books on lesbianism. We even copied one of the shots, so it was like a direct homage. I mean, it’s clearly a very different film, but that shot was important for me because it was the first time I saw a love story about a couple that you know wasn’t going to stay together. That was very new to me. Everything I knew about romantic love, I had stolen from episodes of The Brady Bunch. So it was always in my head that you fall in love once and that’s that. Once you fall in love that’s forever. And if that person is good and pure at heart and you’re good and pure at heart, you’ll stay together forever. When I had my first breakup, it was such a shock because I still thought that person was a great person and I still really loved them, but we just weren’t meant to be together. That’s what I loved about Annie Hall. These are two really good people who enjoy each other but they aren’t able to make it work. In terms of other influences, I really love Noah Baumbach. When I first saw his work, I remember thinking this is the kind of comedy that I love; it really speaks to me. I grew up on Tracey Ullman; I thought she was fantastic: really funny, really goofy and outrageous. Also, Agnès Varda and Catherine Breillat, whose films are very different from mine but I adore them. And Muriel’s Wedding was a big influence too. 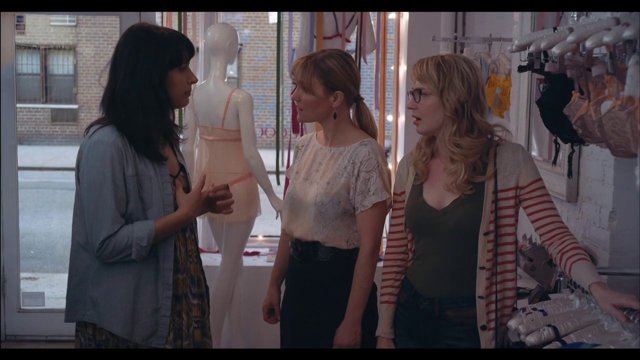 MM: Frances Ha shares some similarities with this idea of a young woman trying to be true to who she is…

DS: Sorry to interrupt you but—I wouldn’t reference Frances Ha. There are two things I didn’t see until I made this film. One was Girls and the other was Frances Ha. I just hadn’t seen them until the script was done. I think it’s a coincidence that we live in this world where a lot of women have interesting things to say about what it’s like to grow and we live in New York and we’re asking the same questions. It’s interesting that people think that we’re stealing from each other, or it’s literal inspiration. Whereas when I say Baumbach, I mean Margot at the Wedding. That was the film that I played that over and over again.

MM: Ah, I see. It’s true. We’re so deprived of representations of female experience. As soon as you have a female character in their 20s who lives in a place like New York and they’re trying to figure out who they are, everyone wants to group them together—where, really, we’re just starting to reach a place where these stories are being greenlit. You know what I mean?

MM: I’m sorry to make that obvious reference! Let’s talk about the music in this film and specifically the Persian song, Kourosh Yaghmaei’s “Goleh Yakh,” because I doubt anyone else is going to ask you about this. I think it’s used at an interesting moment in the film. It’s a sad song in which Kourosh laments the loss of his lover, but in the film it plays when she’s looking at her parents, as if the lyrics could be aligned with her feelings towards them.

DS:You’re right, that is the first time I’ve heard that question! I love all of his work. His music reminds me of the stuff I grew up listening to from the 1970s in Iran. When I heard this song, it was so melancholy in a way that I felt that moment embodied and I also see that moment as her feeling super distant from her family and her community, and I also felt like it was a bit mournful.

MM: It’s such a beautiful song. Was there ever a conscious decision to choose an Iranian song?

DS: We always wanted to include as many Iranian songs as possible and I was listening to as many artists as I could find. Legally and financially, it was really difficult to negotiate which tracks we could and couldn’t get it. But I put my foot down for “Goleh Yakh.”

MM: About the scenes with the parents: I thought the scene where she tries to come out to her mother was beautiful, when her mother partly doesn’t understand what Shirin’s saying, and also refusing the possibility of her daughter being gay. This is an incredibly personal question, but what was it like coming out to your parents?

DS: It was difficult. And it was not as you see it in the film; it was a very different experience. That’s all I will say about it. There’s very little that I keep sacred and that experience is very sacred to me. People assumed that was my experience, and it wasn’t. At the same time, I didn’t want to make this coming-out scene that’s this huge cathartic screaming match between everyone and emotions hitting the floor. In my life, I’ve noticed that things don’t unfold that way and that actually coming out has been a process for many people that I know. They had to come out 10 different times to their parents and were constantly swept under the rug or ignored the first nine.