Canadian cinema would be nothing without its Indigenous contributions. Think of the groundbreaking work of Alanis Obomsawin or Zacharakis Kunuk’s Atanarjuat: The Fast Runner, considered by those in the Canadian film industry to be the best Canadian film of all time. But a new generation of voices demands attention. This roundup of directors reflects a diversity in age, experience level and regions from around the country — and it’s a great jumping-off point for those interested in learning more about contemporary Indigenous filmmaking in Canada.

Adam Garnet Jones is a queer filmmaker of Cree/Métis /Danish descent who grew up in Western Canada. His debut filmFire Song was one of the first films by an Indigenous director to feature two-spirited characters, premiering at TIFF in 2015 and winning several imagineNATIVE awards the same year. While Fire Song tackles much heavier material — centring around an Indigenous queer character whose family is reeling from a suicide — his sophomore follow-upGreat Great Great (co-created with Sarah Kolasky) has been noted by critics for its complexity in dealing with the uncertainty that accompanies relationships. Jones has also worked in TV (Cashing In, Mohawk Girls, The North End) and is currently developing his own TV drama (Unfit).

An Inuk producer and director hailing from Iqaluit, Alethea Arnaquq-Baril has shone a light on Inuit culture through powerful self-representation. She owns her own production company, Unikkaat Studios Inc., through which she makes films about Inuit life and culture in the Inuktitut language. Her first directed documentary, Tunnit: Retracing the Lines of Inuit Tattoos (2010), is an intimate exploration of her culture’s lost tradition of facial tattoos. Last year, Arnaquq-Baril took her activism to the next level by protesting against the controversial film of the North — which negatively portrayed Inuit people — in which she reappropriated the film’s title into a hashtag (#ofthenorth) and tweeted images of Inuit doing everyday things. She also released her documentary Angry Inuk, an exposé of the negative effects that economically privileged seal-hunting protesters have had on poor Inuit communities. Through her influential, smart and empathetic work, Arnaquq-Baril is leading a positive change in the way people understand Inuit culture. 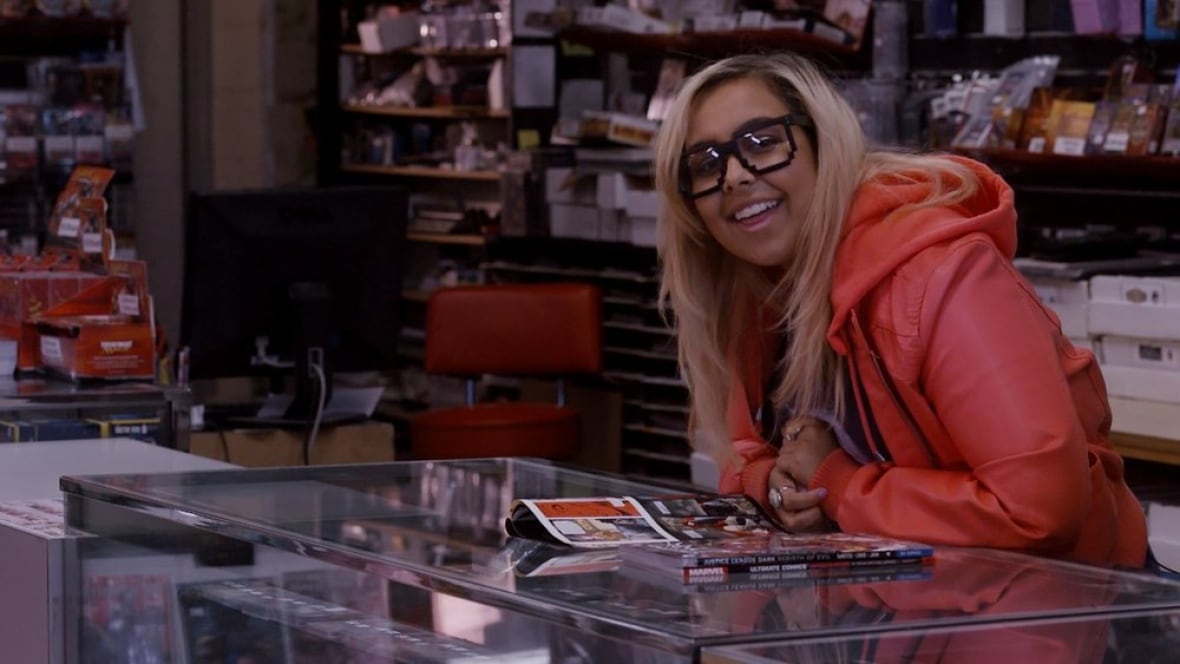 Sonya Ballantyne is an emerging filmmaker from Misipawistik First Nation and a member of the Aboriginal Film Collective, which works with the Winnipeg Film Group to showcase local Indigenous film. Ballantyne has spoken publicly about the importance of onscreen representation for marginalized groups, listing Mad Max: Fury Road as a prominent example of how cinema is slowly changing its depiction of women. Growing up feeling alienated from her family and small rural community thanks to nerdy interests like reading comic books, Ballantyne pursued post-secondary education in film, and participated in the National Screen Institute’s New Voices program, which was founded by veteran Indigenous producer Lisa Meeches to shape and promote emerging talent. Ballantyne brought her awareness of onscreen representation by casting people of colour in her debut short film “Crash Site”.

Tracey Deer is a Mohawk filmmaker and was the first Mohawk woman to win a Gemini award for her documentary Club Native, which focuses on her culture’s identity and community. The film was nominated for and won several other awards, including the Academy of Canadian Cinema and Television’s Canada Award for best multicultural program. Deer’s other films have also brought home trophies, including Mohawk Girls, which was given the Alanis Obomsawin Best Documentary Award at imagineNATIVE. She later turned the film into a TV series of the same name, which wrapped up its fourth season earlier this year. The show focuses on the struggles of four young women who live in Kahnawake, Deer’s hometown.

Like Ballantyne, Madison Thomas is also a member of the Winnipeg Film Group. Storytelling was an integral part of her childhood growing up in a Métis household, which she parlayed into a filmmaking career, studying the art at the University of Alberta and becoming the first Indigenous person to be accepted into Prague Film School. Thomas’ debut feature This Is Why We Fight premiered at Indiefest in Los Angeles, where it won an award of excellence. She also competed in CBC’s “Short Film Faceoff” in 2014 and co-owns Prairie Kid Productions with Canadian cinematographer Andrew Luczenczyn. Thomas teaches film to various organizations and has spoken at TEDX on the importance of fostering appreciation for art for inner city youth through programming and education.

For a person who grew up with little exposure to art and instead found inspiration in nature, Michelle Latimer has achieved a lot. She’s an actress, director and film programmer of Métis/Algonquin descent, first gaining popularity for a lead role on the Canadian soap opera Paradise Fall. She later turned to directing — her animated film Choke played at Sundance and was nominated for a Genie award, and her documentary on Toronto’s rap scene, Alias, was nominated for a Canadian Screen Award. Latimer is currently adapting bestselling book The Inconvenient Indian for the screen and is the showrunner for Rise, a Viceland production that focuses on various struggles against colonization by Indigenous groups, including the Standing Rock protests. She has also worked as a programmer for imagineNATIVE and Hot Docs.

Alexandra Lazarowich is a Cree filmmaker who splits his time between Alberta and Brooklyn and makes socially conscious short films about Indigenous peoples from around the world. Her latest documentary Cree Code Talker screened at imagineNATIVE last year. The film explores the use of Indigenous languages in transmitting secret messages between Allied forces, focusing on the role of Charles “Checker” Tomkins, who helped the war effort as a “Cree code talker.” Lazarowich has been a member of the National Screen Institute of Canada Alumnus Aboriginal Documentary Program and a fellow at the Union Docs Collaborative Brooklyn, and her short films, including “Cyber Bullying” and “Fighting Chance”, have won multiple awards.

Mi’kmaq director JeffBarnaby‘s debut film Rhymes for Young Ghouls was awarded Best Canadian Feature Film at the 2013 Vancouver International Film Festival and the Tribeca Creative Promise Award for Narrative. Before that, Barnaby grew up on the Listuguj reserve in Quebec — featured in Alanis Obomsawin’s groundbreaking Canadian documentary Incident at Restigouche. Barnaby had a difficult childhood, but he credits the strong Indigenous female role models in his life for his strength and grit. The fiery female protagonist in Young Ghouls, played by Kawennahere Devery Jacobs, is testament to that. Barnaby has also directed a few shorts, one of which, File Under Miscellaneous, was nominated for a Genie Award. 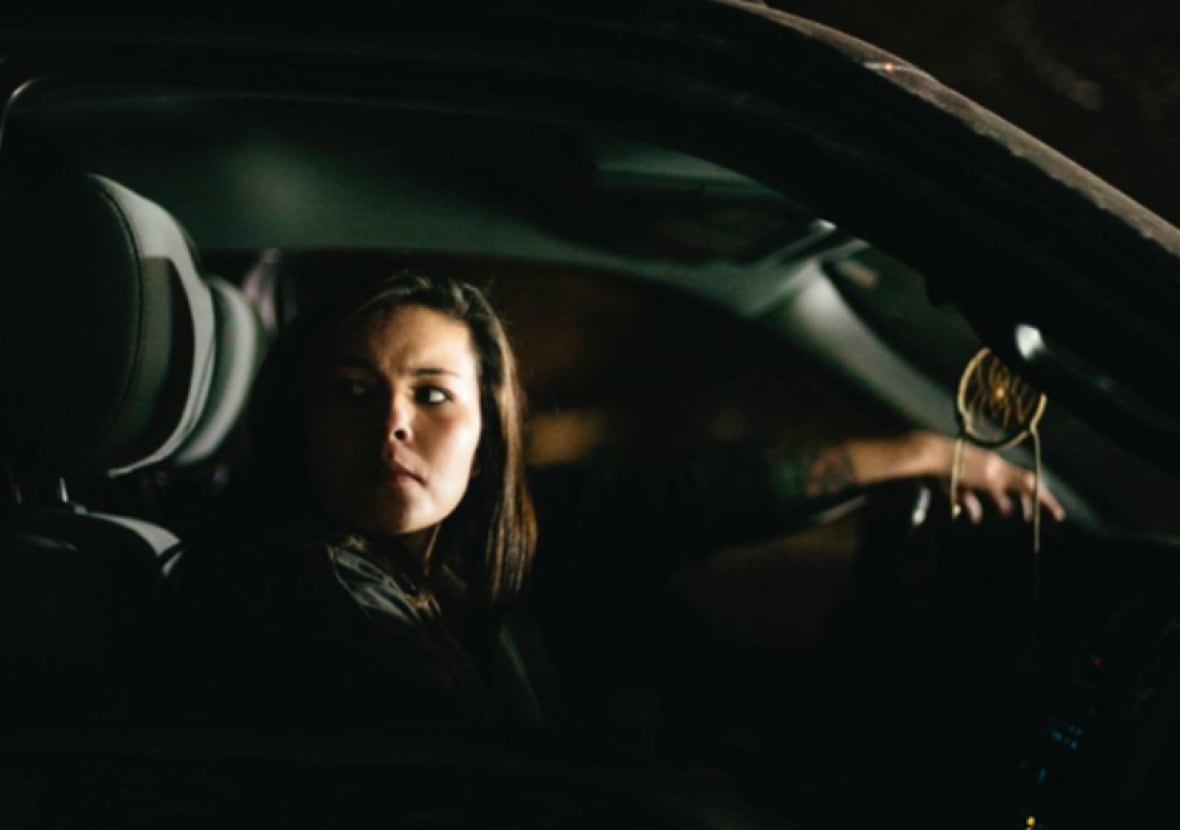 Kawennahere Devery Jacobs has become a prominent Mohawk actress in recent years — she was nominated for a Canadian Screen Award for her starring performance in Barnaby’s Rhymes with Young Ghouls, has appeared in TV serials like Mohawk Girls and is a voice actor in video games, including The Walking Dead: Michonne and the short film trilogy Assassin’s Creed: Lineage. So why is she on this list? Like Latimer before her, Jacobs is interested in diversifying her showbiz career and recently directed her first short film, Stolen. The film provides a fleeting glimpse into a young runaway woman’s life before she becomes one of the thousands of Indigenous women who has gone mysteriously missing.

Caroline Monnet is a filmmaker and visual artist of Algonquin and French descent. Her 2015 short film Mobilize was part of a larger NFB installation that also included the work of Barnaby and Latimer. For the collage film, she got access to 700 NFB movies, which features — in her words — a bombardment of “images of Indigenous people kicking ass on-screen” set to the music of Tanya Tagaq. In both her film and visual work, Monnet deals with themes of Indigenous representation, identity and modernity, and her short films Roberta and Tshiuetin have both been nominated for Canadian Screen Awards. She finished a residency at the Cannes Film Festival’s Cinéfondation earlier this year, and was the first Canadian filmmaker invited to participate. Monnet is currently working on her first feature, Bootlegger, which was selected for both CineMart and Berlinale Co-Production Market 2016.