I distinctly recall the first time I heard a Backstreet Boys song, sitting in my family’s tiny hatchback, leisurely listening to “The World Chart Show.” The radio program was part of a weekly ritual in which I accompanied my mother grocery shopping, but stayed in the car to listen to hits from around the world—my one outlet to discover new music. Having left their vinyl back in Iran, my parents’ CD collection was limited to the basics: Persian pop, ABBA, a couple of early Beatles records. The newest purchases in our collection included the latest from family favorite Ace of Base, and one album I could call my own: Alanis Morissette’s Jagged Little Pill.

Perhaps because, by the tender age of 11, I was already doing such mentally challenging work as wrestling with the idea of a singer going down on her boyfriend in a theater (I hadn’t quite figured out what it meant), on that fateful day in 1996, months before the Backstreet Boys would become a success in Canada, I had my first moment of aesthetic discernment. Hearing “Get Down (You’re The One I Need)” on the radio, I was immediately put off by the trashy crank-like sound being forced into its perverse melody. The lyrics “get down, get down, and move it all around,” seemed to suggest, or even command, that I, the listener, gyrate my hips to such trash, making the idea of sexual expression that much more disgusting to a prepubescent girl who still believed in cooties. The lyrics were repetitive and trite, sure, but only when I heard the words “Your lips they taste so sweet” did I finally roll my eyes and let out a disgusted sound I have yet to utter since. I was shocked that a musical group believed a cheesy line like that was acceptable in a mainstream song (clearly I hadn’t listened to enough bad music yet).

“This band will never make it big,” I thought with a self-satisfied smirk. Was I ever wrong. Within months, almost every single girl in my sixth-grade class was obsessed with the Backstreet Boys, their lockers and binders adorned in paraphernalia, every conversation hinging on who was the cutest Boy—after Nick Carter, of course. By seventh grade, the mania in my school had reached a fever pitch. I was made fun of for liking Sarah McLachlan and disliking the Backstreet Boys; I was even told I was a lesbian. It only made me hate the Backstreet Boys more. 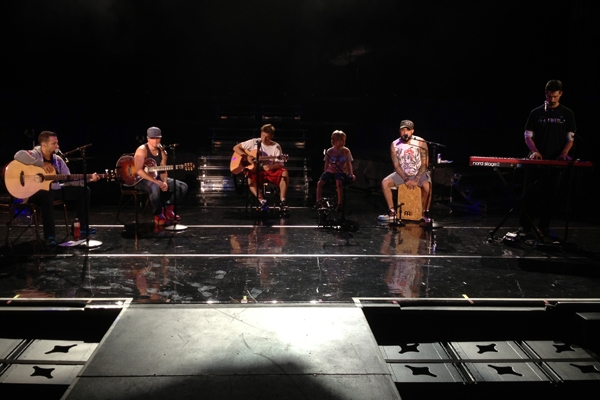 As I continued to expand my sonic palate, hating teen pop became a part of my burgeoning cultural identity, a defense mechanism. My elitism provided a safe, interior sense of superiority over my more-popular peers, who were too deluded by their heartthrob crushes to understand that they were making bad musical choices. By eighth grade, aided by my sister and brother-in-law’s generous donation of a ton of leftover CDs, I discovered the likes of David Bowie, Radiohead, Björk, Pulp, and other bands I still love today. I was well into a 1990s British-wave obsession when my peers were starting to sober up. They stopped calling me names, clutching Sarah McLachlan’s recently released (and underwhelming) Surfacing and informing me I had decent taste in music after all. (Oh, good!)

By then, I didn’t care (or at least pretended not to). As my tastes in music sharpened in early adolescence, aided greatly by the advent of burgeoning mp3 websites and file-sharing services, I left behind Top 40 radio forever. Thus, I tuned out of the Backstreet Boys’ ascending fame and focused on what I liked. Pop music would reintroduce itself much later in my life, when it became acceptable to like Justin Timberlake, when music production became sophisticated and sexy thanks to folks like Timbaland. We’ve come a long way in appreciating pop, and I’ve made peace with it and embraced my musical roots. But the Backstreet Boys have always remained a personal sore spot, a phenomenon I was too cool to understand, a relic of the late 1990s best forgotten.

Except they don’t want to be forgotten. The new documentary Backstreet Boys: Show ’Em What You’re Made Of follows the 20-year-old group as they record their first independent album and prepare to go on tour for the first time in years, a little rusty from the wear and tear of life. In many respects, the documentary proved an excruciating viewing experience, nearly as traumatic as Brian Littrell’s trying vocal-therapy session shown early in the film, a scene that exposes a singer desperate to retune his vocal cords and able to figure out why he can’t. From the get-go, the film asked me to judge it, to judge Brian for his New Age-y therapy of choice, the horrible and hilarious guttural sounds he’s asked to make that are apparently supposed to loosen up his throat. There’s the group’s sartorial penchant for ugly man-shorts, their seeming persistent naïveté in feeling betrayed by their previous manager’s decision to start N’Sync and form their own competition, and many other moments that will make you facepalm. The film forced me to listen to those songs all over again and to accept the fact that these boys—now men—still think they’re worth talking about. 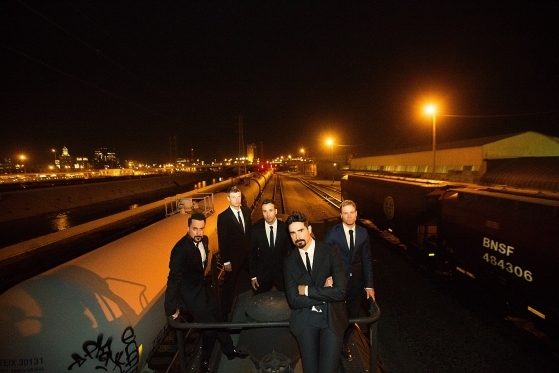 Let’s face it: I bring a whole set of prejudices to this film. Surely I’m not the only one. But by shunning it and them, I’m also discounting the experience of understanding something that I, in my preadolescent immaturity and self-defense from obnoxious popular girls, refused to understand. As a cultural critic, it is imperative for me to continue expanding my horizons, even if this means retreading on traumatic material, and laughing at their clothes, accents and emotional honesty.

The film is revelatory, in a way, explaining some things I never thought or wished to care about.Show ’Em is not fundamentally about humanizing the biggest boy band of all time, though many might mistake that as the ultimate goal. Nor is it intended to rebuild a fallen brand, with the narrative of seasoned performers expressing anxiety, exposing long-building tension in their band relationship, and making you wonder if they still “got it” after all these years. Perhaps “contextualization” is the best way to describe the film’s approach. Show ’Em is loosely anthropological. That inherently implies a degree of humanizing, but director Stephen Kijack remains neutral on what can be deemed worthy of empathy or identification, and what should be made fun of. In one throwaway scene, A.J. McLean is shown excitedly adorning his newDrive jacket for his friend; his energy is contagious, but he’s also more than a little goofy, and so it’s easy to both laugh at him and with him. The film is good at making the viewer question that simultaneous tendency, thus normalizing both the subjects in the film and also the larger cultural phenomenon of which they were a part. Show ’Em may not help you come to like the Backstreet Boys, but it helps haters like me relax my loathing and learn a little bit about the strange music industry these guys were roped into from a young, impressionable age. Early in the film, a long stream of individual accounts from each Boy narrativizes the formation of the group; as a result, the viewer comes to see how so little was left up to chance by the executives helming their career development, even though, in their earnest testaments, being recruited into the biggest boy band of all time was a magical development for every single one of them, for some a means of escaping poverty and/or family abuse. 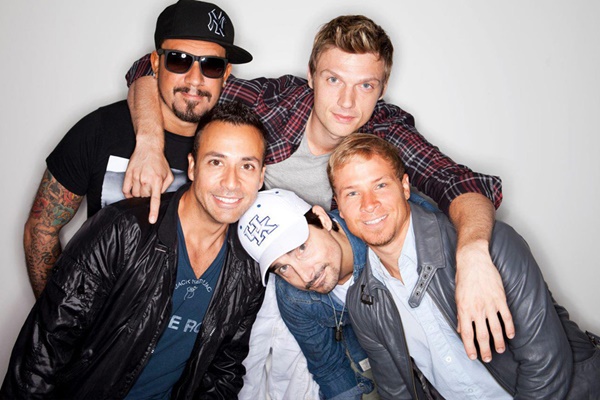 The film has, ultimately, shown me what the Backstreet Boys are made of: rural roots, a kind of Christian devotion to benevolence and honesty, and a strong fraternal bond that developed early on and helped the boys stick together through various trials and tribulations: their lawsuit against their money-embezzling manager Lou Pearlman, their sustained and mostly successful attempts to grow into their fame without self-inflicting emotional damage, and various drug addictions. As much as I abhor the Backstreet Boys as a commercial product, I can’t say that I hate the Backstreet Boys themselves. They were too young to call many of the shots, including how they were groomed and conditioned to act; how they were typecast into specific, seemingly random positions as singers; and how these decisions had profound effects on their psychology that persist to this day. That they all ended up emotionally surviving what must have been an extremely exhausting young adulthood is downright miraculous. The film doesn’t discount the darker periods in the Boys’ lives, particularly drug addictions, but the film was also made at a time when such reflection on the part of the subjects is possible. One underlying tension in the band is Brian’s vocal troubles, an elephant in the studio that finally exposes itself in a heated meeting between the band members and their executives when an agitated Nick takes it out on Brian in a shocking tirade, with a calm and fatherly Kevin Richardson effortlessly mediating the argument. It’s like something out of a reality television series, but without the perverse, trainwreck-watching framework we’re so familiar with in showdowns between celebrities. Show’Em is adept at demonstrating how the Backstreet Boys, a mostly sweet bunch of Southern boys who love to sing and perform, still have their dark sides, no matter their commitment to being good and Christian. This is true humanization, but in Show ’Em the effect is not heavy-handed or overstated.

Pop music is frequently based on the idea of personal growth, with starlets expected to undergo phoenix-like transformations between albums. Surprisingly, the Backstreet Boys of the 1990s are not too different from the Backstreet Boys of today—just more experienced, less boyish, and at least slightly less naive. As the film demonstrates, the Backstreet Boys’ humanity has always been on display, visible even under the ugly, industrialized veneer of their music. Since deciding to record their own music—on their own terms, without contracts or higher-ups telling them what’s smart for business—the Backstreet Boys may or may not have a successful comeback, but what’s most important for these men, the documentary seems to suggest, is that they’re true to themselves. Given the soulful turn of pop music in the past few years, their inborn earnestness might be a competitive advantage. Come on now everybody, they’ve got it goin’ on for years.